In the last week or so I  have been spending the early morning poodlewalks  with Kayla exploring a small patch of bushland as a contrast to the coastal rocks.  The bush  runs alongside Depledge Rd in Waitpinga,  and  I am assuming this patch has been put aside as a result of  the  Landcare moment in the late 20th century.

On these bush walks I am using a handheld digital camera to build up some supplementary material for the forthcoming online walking /photography exhibition at Encounters Gallery.   This will  open in August as  a  part of the SALA Festival.  I am also using these walks to find some suitable subject matter for a 5x4 photo session. This is one session that has been done. In the first instance the  5x4 photos are for an upcoming online exhibition for the Friends of Photography Group in August. 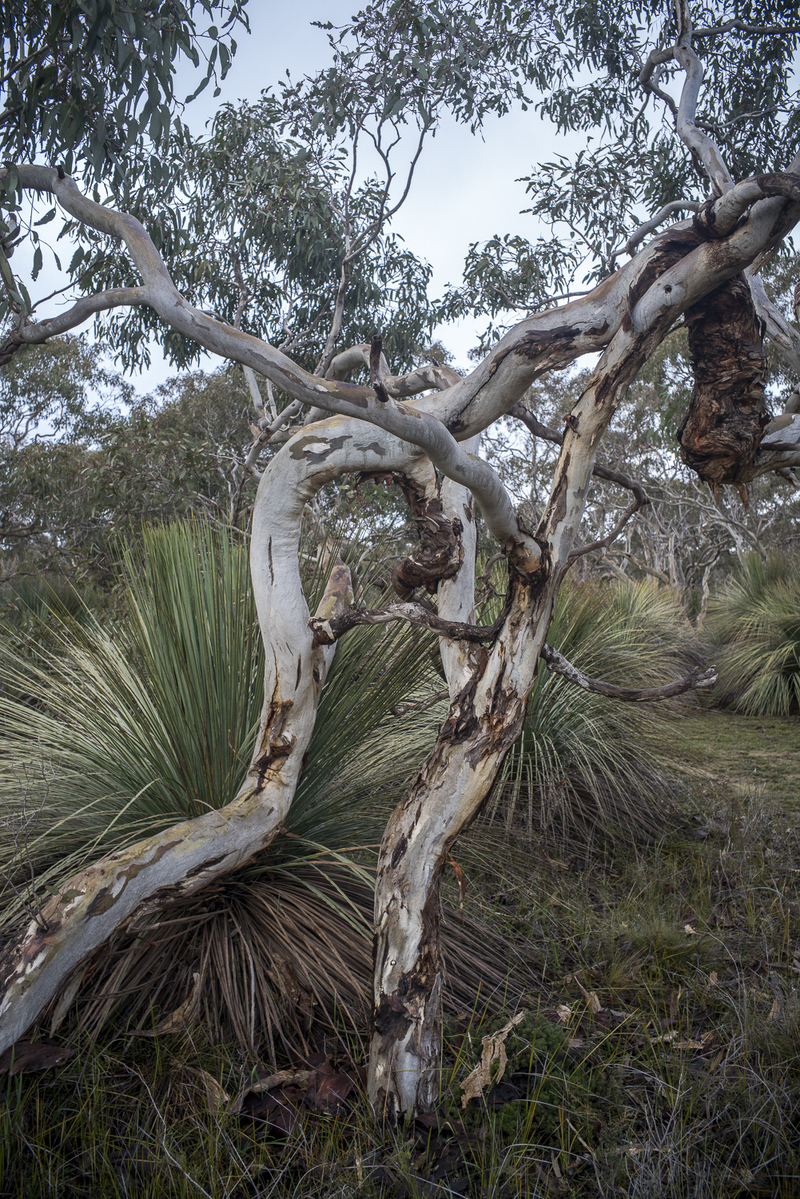 When walking in the  bush reserve  I  follow the trails that have laid down by the kangaroos who crewe regular visitors to the bushland.    If I didn't walk their trails  iIwould be walking around in circles with no sense of where I was.

However, it is   slow going  finding suitable bush subjects.   I thought that this image below might be a possibility, only to quickly reject it. 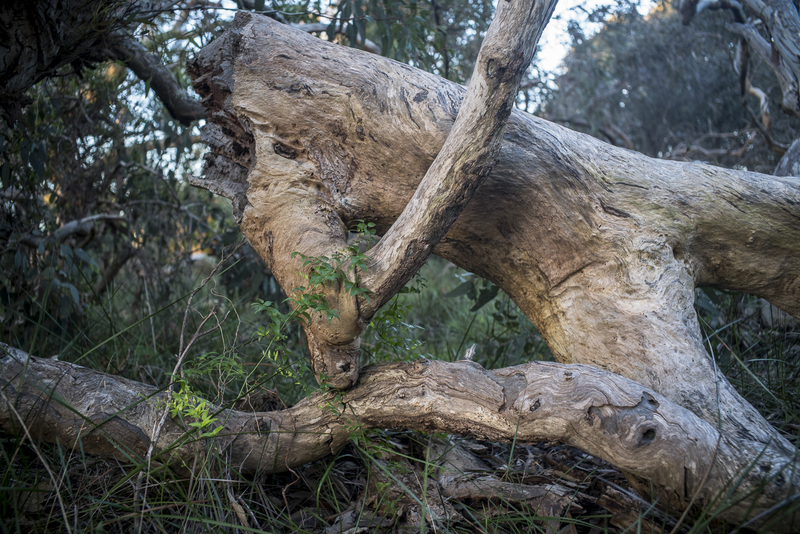 The bushland looks atmospheric  in heavy fog, but unfortunately,  we have only had one morning of fog the southern coast in July. Atmosphere is associated with  spirit of place, heightened moments of awareness and reflections on antiquity and ruin--the Romantic responses to nature. To romanticise the landscape is to have the diversity of landscape transformed through the photographer’s vision into a “view” of singular meaning and evocation.

Some  landscapes of the visual artists in the 20th century who  embraced nature as a source, often portrayed allegorical images conjuring up another dimension, an unseen reality which lies beyond everyday appearances. The English neo-Romantics (circa 1920s-50s),   who looked back to William Blake and Samuel Palmer,   are a well known  example. For instance Paul Nash,  a key artist in the neo-romantic tradition,  explored aspects of the English countryside that evoked a strange, otherworldly atmosphere, which he  called  genius loci. 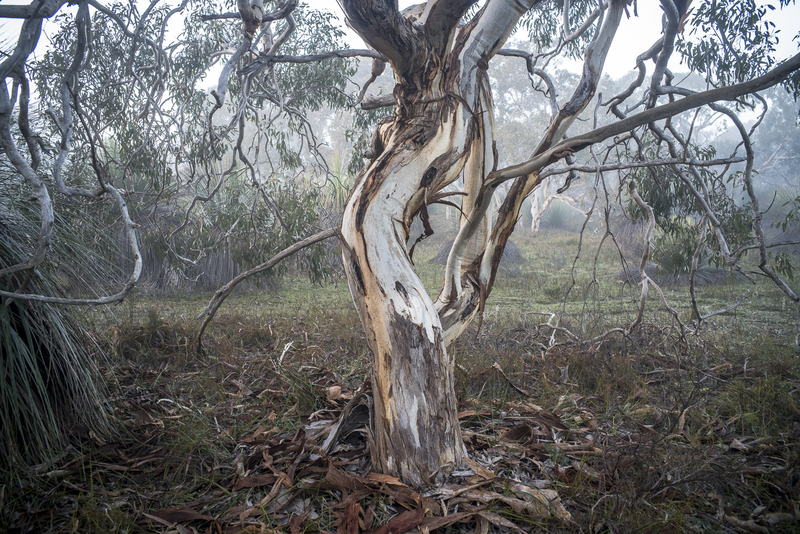 Nash's  concept of genius loci refers  to the spirit of the land or place. This is something more than its natural features seem to contain,   in the sense that the spirit lay within itself, implicated in its own design and its relationship to its surroundings…rather than the  place being  haunted or inhabited by a genie.  It's a re-enchantment of  the land in the sense of infusing the image of the landscape with a human presence and reconnecting with the ancient cultures and peoples.

Can photography explore aspects of the Australian countryside that evokes a strange, otherworldly atmosphere, given that Australia is an ancient land with a 60,000 year old aboriginal culture.